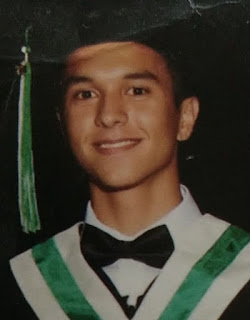 Jasugi99 (real name NM Janak Awatramani from Canada) followed up his win earlier in December partnering chickencrossroad in the inaugural online bughouse world championship (BWC) with a win also in the 2020 Crazyhouse World Championship to become the new Crazyhouse World Champion! He becomes the third ever Champion following JannLee in 2017 (to whom he was runner-up under his old handle TwelveTeen) and IM opperwezen in 2018 whom he defeated in the 2020 Grand Final. The 2020 CWC trophy will go up on Jasugi99’s lichess profile in a couple of weeks once lichess is updated.

As noticed by ijh, this creates a triangle of Crazyhouse Champions, JannLee defeating TwelveTeen in 2017, opperwezen defeating JannLee in 2018 and now TwelveTeen defeating opperwezen in 2020. This replicates the very same triangle in 2019 in which opperwezen defeated JannLee to win the bullet zh World Championship (100 games played over three days), Jasugi99 then defeated opperwezen in a 100 game 1+0 zh People’s Championship match (played over 2 days) before JannLee defeated Jasugi99 in a marathon of 110 games of 1+0 zh played in a single sitting.

The 2020 Grand Final, as in 2018, was 60 games of 3+2 zh played over three days. Jasugi99 got off to a blistering start taking the first seven games, coming back from the dead in some of them. This ability to survive seemingly lost positions took its toll on the defending champion. IM opperwezen did manage to fight back to only trail 8-12 on the first day. The second day he did narrow the gap to 12-15 but his lead on the day was momentary and he went down 9-11, leaving Jasugi99 23-17 ahead, a margin of 6 going into the final day of 20 games. On day 3, Jasugi99 was again in commanding form and won it 12-8, an overall score of 35-25 in favour of the new champion.

You can watch the 7½ hours of live action across three days on JannLee’s YouTube, accompanied by no less than GM Yasser Seirawan, famous player, commentator and co-creator of S-chess, and also accompanying JannLee in the commentary booth were top crazyhouse players Mugwort and Kleerkast, both streamers in their own right. If you don’t already, go follow all three! Here are the three live-streams. On average there were about 350 people watching live throughout the three days, but many hundreds and thousands more will watch these amazing games over the coming months and years.

You can play through the 60 games in the following lichess study.

Here is also a “practice-against-computer” puzzle study based on the games of the Grand Final.

Email ThisBlogThis!Share to TwitterShare to FacebookShare to Pinterest
Labels: cwc

Season 9 of the ZH League

Season 9 of the zh team league was a shorter three-week season in anticipation of the upcoming 2021 Crazyhouse World Championship. But there...